Most Appalachian communities don’t call it “the opioid epidemic.”

But they know what it’s done. They see its impact on families, on jobs, on crime rates. They see multiple generations addicted, a pervasive sense of hopelessness, a stigma that lingers even if an addict gets “clean.”

In December, Mattson and Reynolds produced a report, in conjunction with the Appalachian Regional Commission and the national Centers for Disease Control and Prevention, outlining problems and strategies for communicating about them to Appalachian residents. It used data they’d collected during interviews with 25 people “in the trenches” in 12 Appalachian states, as well as from about a dozen focus groups in London, Ky.; Kingston, Tenn.; Oneida, Tenn.; and Princeton, W. Va.

“And from a health perspective, why wouldn’t you want to ask people who have been on this journey how to keep others from going down that path?” she said.

Stigma sticks even after treatment

From the focus groups, they learned stigma not only keeps some from seeking help, but follows those who did — putting them at risk for relapse, Mattson said.

“We interviewed people who had been in recovery for 20 years, and they said they were still viewed in their community as a ‘junkie’ and an addict and can’t get a job,” Reynolds said. “They have gone through this incredibly different process to change their life, and in the view of their community, they’re right where they were, at the beginning — and that’s really disheartening.”

The two reported some study participants describing opioid addiction as “the new leprosy,” saying not only community members but law enforcement and health care providers were “judgmental and contemptuous,” labeling addicts “trash” and overdose deaths “one more off the street.” Many tagged the use of the overdose antidote naloxone “enabling” and “a waste of resources,” particularly when used on the same person more than once.

Mattson and Reynolds found grassroots community organizations — some made up of people in recovery or families who’d lost loved ones to addiction — are having some impact on the stigma, but “we still have a long way to go.”

The researchers noted some cultural attitudes that contribute to the problem. They include an expectation of privacy that keeps neighbors or friends from intervening; a willingness to “share” pills with someone else experiencing pain; a lack of other opportunities, especially for younger people; and a normalization of dealing with pain by taking pills obtained from a doctor.

Pain is legitimate, Mattson said; hard jobs like mining, logging, construction and carpentry break down the body. Trust in doctors is inherent. Some people, they found, don’t realize prevention efforts are aimed at them; “I’m not taking opioids,” one said, “I’m taking hydrocodone.”

“So they dismissed the message,” Mattson said.

Every focus group had members who said physicians provided them or family members, including children, largerthan- necessary quantities of opioids; a few said they’d gotten “pushback” from doctors when refusing pills — even when patients told doctors they were in recovery for opioid addiction.

“There’s no physical therapy, there’s no massage, there’s no acupuncture,” Mattson said. “These alternatives are not available, and even if they were, there wouldn’t be insurance coverage to pay for it,” or transportation to get to treatment.

And, despite the shutdown of “pill mills” in some counties and the prosecution of some doctors, “the phrase we heard over and over again was, ‘Everyone knows where to go,’ ” Reynolds said. “Everyone in the community knows that physician who’s overprescribing, and that really hasn’t changed,” despite state and federal efforts to monitor prescribing and train doctors on alternatives.

Out of 47 community members who said they’d been prescribed opioids, two said they’d been given information by a provider, and several said doctors gave them prescriptions without telling them the name or type of drug.

Moreover, nonprofit programs that were providing awareness and evidence- based addiction prevention pro- 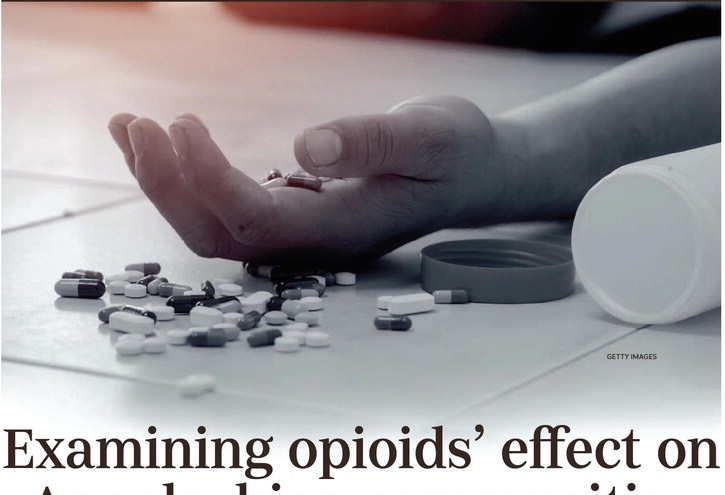 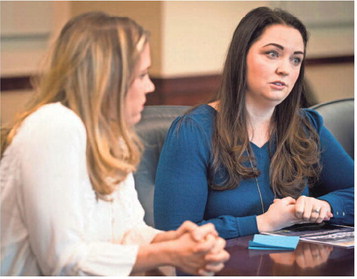 And treatment is scarce, with many people regarding the best option to get arrested and seek help through “drug courts” — which then affected employment opportunities later.

What could make a difference? More training for health providers, the groups said. More places to safely dispose of unused drugs. Better education on what drugs are opioids, how to properly use them and what to ask doctors. Random drug testing of youth — to link them with services, not punish them. Better access to treatment, including medication-assisted therapies such as suboxone and methadone. Peer support for those hospitalized after an overdose or jailed after a drug crime. And more nonjudgmental messages framing addiction as a long-term health problem rather than a moral failing.

Group members suggested sharing detailed stories that could make a difference: how it feels to have your child removed because of your drug use; why your mother might be relieved you’re in jail because she knows — at least that day — you aren’t dead. How a legally obtained prescription from a doctor can lead to addiction. And how people do find a way back.

Media reporting on crime and overdose deaths “really adds to this feeling of, ‘Well, prevention’s not working in our community,’ and that’s not really true,” Reynolds said. “We have many people entering recovery all the time, and we do have success stories. If we could start reporting on those, I think that would make such an impact.”