Tennessee got 2.5 billion painkillers over 6 years

Two and a half billion pain pills. That’s how many opioids were supplied to Tennessee over six years, according to data recently released by The Washington Post.

The data from the Drug Enforcement Administration shows the top distributors, manufacturers and pharmacies for pain pills across the nation — a glimpse into the legal but opaque world of opioid prescriptions.

One out of every three opioid overdose deaths nationwide involved prescription pain pills in 2017, according to the Centers for Disease Control and Prevention.

As the nation’s opioid epidemic surged, so did the pills, climbing nearly 51 percent in the six-year period covered by the database, 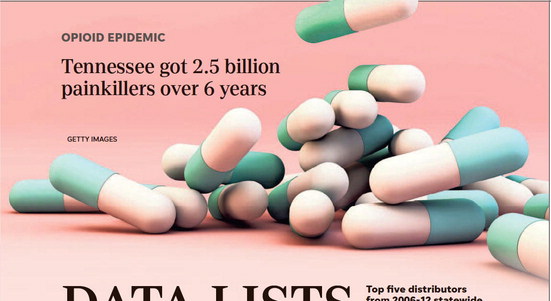 from 2006 to 2012. The data revealed that towns struggling with addiction were the ones with the most pills pumped into them.

The Post and HD Media, which publishes the Charleston Gazette-Mail in West Virginia, sued for access to the database. Government regulators and the drug industry fought to prevent its release. The now publicly-available data is limited to hydrocodone and oxycodone.

In Tennessee, Walgreens was the top distributor of pain pills, pushing out half a billion in six years. The leading pharmacy was Reeves-Sain Extended Care in Murfreesboro , coowned by state Sen. Shane Reeves.

“We provided a great deal of medication based on the needs of chronic conditions and end-of-life care,” said Amanda Cecconi, a spokeswoman for TwelveStone Health Partners, which is the current name for Reeve’s business. “Reeves-Sain was one of the largest providers to those organizations in this state and across 10 others.

“In spite of the opioid issue in our state, we can’t punish patients who are dying from cancer, COPD, heart failure and other conditions who are in significant pain.” Reeves, who has served as a senator since 2018, worked as a pharmacist in Murfreesboro for 25 years. The retail portion of Reeves-Sain pharmacy sold in 2015 to Fred’s Inc. It has since closed.

The extended care component was spun off, and is now operated under the name TwelveStone Health Partners. Reeves is the company’s CEO Nationwide, drug manufacturers were hit with lawsuits alleging their responsibility in the surge of addiction.

McKesson faced a 2007 case brought by the DEA that alleged the company was shipping millions of hydrocodone to internet pharmacies, despite being instructed to report suspicious orders. The distributor paid

$13.25 million to settle the case. It has since reached settlements for $150 million and $37 million over similar allegations. 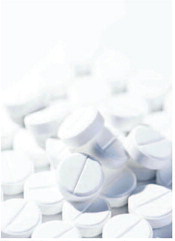