Clay County is ranked No. 1 in Tennessee for dispensing opioids; now the feds are involved.

CELINA, Tennessee – A woman driving a car with Kentucky plates pulled into a pharmacy parking lot to fill her prescription, when Clay County Sheriff Brandon Boone told her she’d have to come back another day — the U.S. Drug Enforcement Administration was raiding the place and rounding up its inventory of controlled substances.

Then she said something the sheriff won’t forget.

“She said, ‘This is the only pharmacy that will fill my prescription,’ ” Boone said.

“If any (other) pharmacy won’t fill that prescription, there’s a problem there.”

In the isolated county of about 8,000 residents, opioid prescriptions are dispensed at a rate of 191.3 per 100 people — the highest of any county in Tennessee and more than three times the national average. That’s enough to give every man, woman and child in Clay County a prescription, twice.

A USA TODAY Network - Tennessee review of 2017 data from the Centers for Disease Control and Prevention found that only 10 counties nationwide dispensed more opioid prescriptions per capita than Clay County.

Two of the five pharmacies in Clay

Who are the people behind the 2 alleged pill mill pharmacies? 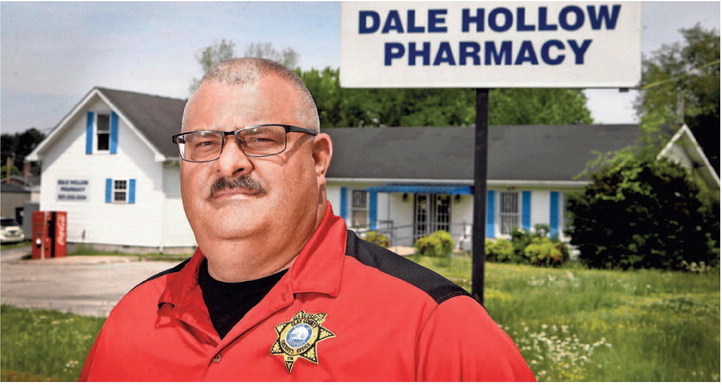 County, located three doors down from each other, are at the center of a federal lawsuit by the U.S. Department of Justice.

Dale Hollow Pharmacy and Xpress Pharmacy, in the county seat of Celina, have unlawfully dispensed extraordinary numbers of opioids to people without valid prescriptions, and have billed the Medicare program to pay for controlled substances that lacked legitimate medical purposes, according to the lawsuit, filed in February.

The 40-page lawsuit describes: Pharmacists who didn't know how to use Tennessee's prescription tracking system; thousands of missing opioids; an alleged Medicare fraud scheme that netted the pharmacies more than $2 million; and regular dispensing of deadly drug 'cocktails' containing opioids and benzodiazepines.

The result, according to the federal government, has been the deaths of at least two people whose prescriptions were filled shortly before fatal overdoses, and at least a dozen others who obtained opioids from the two pharmacies and ultimately overdosed.

The government filed a motion seeking a restraining order against the pharmacies to prohibit them from dispensing additional controlled substances and to turn over those remaining drugs to the DEA. Federal Judge Aleta Trauger granted the motion the same day it was filed.

The investigation has led to criminal charges against one pharmacist, with the possibility of more to come.

John Polston, 58, of Tompkinsville, Kentucky, the pharmacist in charge of Dale Hollow Pharmacy, was indicted on 21 counts of dispensing Schedule II and Schedule IV controlled substances, outside the usual course of professional practice and without a legitimate medical purpose, between April 27 and Dec. 6, 2017.

The indictments came as part of a multi-state investigation into opioids and overprescription that brought charges against more than 30 Tennessee medical professionals.

Polston is also named as a defendant in the civil case. He was released from federal custody in April under a set of conditions, including his prohibition from filling any prescriptions.

The government's dual-pronged approach of civil and criminal action is the first of its kind, said Don Cochran, attorney for the U.S. District Court for the Middle District of Tennessee.

'It was a novel approach. Our thought was that we needed to use every tool at our disposal,' Cochran said. 'The civil approach gave us the ability to go to a federal judge (to) restrain their sale of prescription opioids ... so it enabled us to protect the population of that county more quickly than we could've solely by the criminal route.'

‘The pharmacist is not responsible’

Dale Hollow Pharmacy's history of skirting dispensing laws dates back at least to April 2011. Formerly known as Donaldson Pharmacy, its DEA registration number was surrendered after the former pharmacist-in-charge, William Donaldson, was indicted by a federal grand jury on five counts of illegal distribution of hydrocodone.

Donaldson, also a former Clay County school board member, pleaded guilty, and in 2013 was sentenced to 15 months in prison. The Tennessee Board of Pharmacy also revoked his pharmacy license.

After his indictment, Donaldson sold his stake in the pharmacy to his sister, 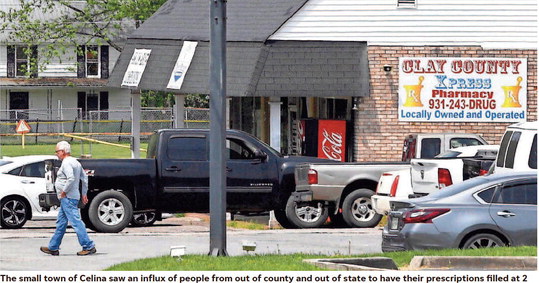